Are you ready for some Harmony?

If my HP-related feeds this morning are any indication, JK Rowling’s latest bombshell is the spark that could re-ignite the fandom. What was the bombshell, you ask? Just that little tidbit that she now regrets the Ron/Hermione relationship.

According to those who participated in the HP fandom pre-Deathly Hallows, the “Shipping Wars” made the infamous “Snape Wars” pale by comparison. According to Morgoth (founder of the Chamber of Secrets forum), reading through Shipping War threads was like reading lengthy dissertations in which even the footnotes had footnotes.

So what’s with the “Harmony” at the top of my message? It’s the name of the Harry/Hermione ship. Followers of this ship are known as “Harmonians.” JKR just give this ship new life. No, she didn’t come out and say that Hermione should have ended up with Harry, but that IS how the Harmonians will read it.

Last night at supper, I was in the process of saying to my husband, “And this is just sooooo irresponsible. JKR knows about the Shipping Wars. She knows what happened the last time Harry/Hermione was on the table.”

And then, in mid-sentence, I stopped and turned around and said… “But wait. All the forums are closing. There’s really NO PLACE anymore for engaging in a Shipping War. What if…. What if this is all just a ploy to bring back the forums? What if she did this just to give fans something to buzz about?”

One little comment re-opens the Shipping debate… and also sparks questions about “What constitutes canon?” Will those Hermione/Ron shippers who have been so certain that any random utterance out of JK Rowling’s mouth is canonical gold still believe that point now that she has demolished their ship with a single random utterance?

Anyway, get ready for the fireworks. It looks now like the Chamber of Secrets may not be closing…

On May 2, 1998, the Battle of Hogwarts was fought. Each year, Expecto Patronum! honors all the brave men, women, Headmaster portraits, and magical creatures who helped in the fight against Lord Voldemort for the future of the Wizarding World, especially:

And now, we’d like to honor the fallen heroes:

Credit: Look… at… me by ~FabiolaCapo

Credit: the death of Fred by *viria13

Plus Colin Creevey and the 50 or more unnamed dead.

We are celebrating the 15th Anniversary with new fanart. If you have any Battle of Hogwarts fanart that you particularly like, you are encouraged to share it in the Comments thread!

Scene 1 (“The Firebolt Is Confiscated”)

I think I may have messed up the Zoom levels in this chapter, so if commenters can verify or correct the zoom levels, I would be very grateful.

After this chapter, I will take a break until I have finished teaching my class. I should return in about 7-8 hours.

Scene 1 (“Harry’s Birthday”)
The key for Zoom Levels will be found at the bottom of the post.

First off, I had the headphones connected to the computer when I opened this scene (but did not have them placed on my head), so I didn’t make the connection between Pottermore and the squeaking and scratching noises I was hearing. I thought they were coming from some mouse or bird that had accidentally found its way into the room. That didn’t quite make sense, though, because my black cat (Severus, of course) was calmly sleeping on top of his kitty condo.

If it had been a live animal, he would have been all over the place… and so would his black/white sister (Minerva). It was only then that I realized… the noise must be coming from Pottermore! 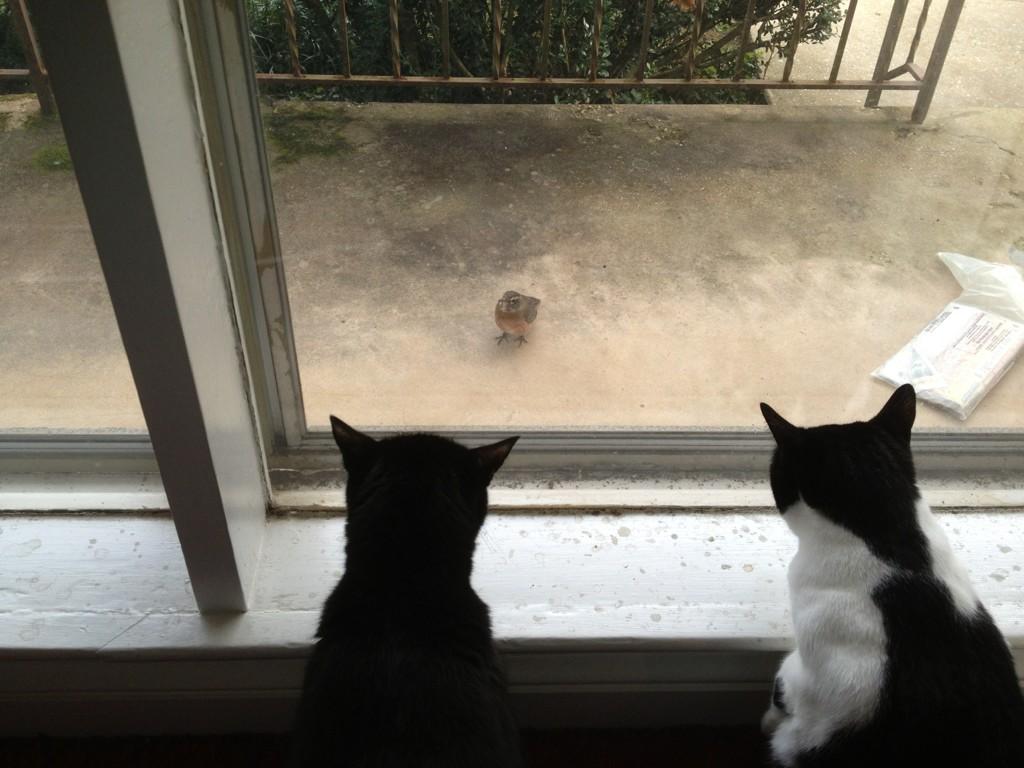 So… back to finding stuff on Pottermore…

Scene 1 (“Nearly Headless Nick’s Party”)
The key to zoom levels can be found at the bottom of the post.

Scene 2 (“Enemies of the Heir Beware”)
The key to zoom levels can be found at the bottom of the post.

On May 2, 1998, the Battle of Hogwarts was fought. Each year, Expecto Patronum! honors all the brave men, women, Headmaster portraits, and magical creatures who helped in the fight against Lord Voldemort for the future of the Wizarding World, especially:

And now, we’d like to honor the fallen heroes:

Credit: DH: Look at Me by FrizzyHermione

Plus Colin Creevey and the 50 or more unnamed dead.

I’ve got about 40 minutes until my potion finishes brewing, so… okay, where were we before I got sucked into Pottermore? As I recall, we were discussing DH2. And I still had a few things left to say.

For me, the movie “worked” all the way up until the final battle with Voldemort. Thankfully, it had worked in a big way to that point – from the moody opening, with Snape on the balcony and Harry at Shell Cottage, through the tense conversation with Aberforth, through the the look of heartbreak on Snape’s face when he realizes he must duel McGonnagall (not to mention his quick-thinking in taking out the Carrows and leaving Hogwarts to McGonnagall), all the way through the Battle of Hogwarts, the Pensieve memories, and King’s Cross.

I cried when Hermione blasted Fenrir off the dead body of Lavender Brown, her former rival for Ron’s affections. I cried when Aberforth announced his return to the fight by casting a powerful Patronus. I wept, like everyone else, over the fallen heroes in the Great Hall… and then over Snape’s memories in the Pensieve and Harry’s walk into the Forest.

The first three times I saw the film, though, I did not cry over Snape’s death. I just sat there with my mouth hanging wide open, hyperventilating. Curiously, a few friends who do not like Snape did find themselves crying… and then hated themselves afterward. LOL.

On the fourth viewing, I finally did cry. I think maybe it was because the theater was nearly empty. Snape is the character who resonates most with me, and so his death is the one that is most personal to me. I think I probably just needed some time alone in order to really let loose. And when I finally did, I cried so hard that my eyes were burning with the salt of my tears!

But enough of Snape for now, what I really want to talk about is the big VoldyBattle.

I suppose that any moviegoer would prefer a running-around-the-castle-Wizard Battle over a Harry talk-a-thon. BUT the problem with the sequence for me is that it creates the misperception that Harry could actually match Voldemort in power and skill. I mean… Srsly?

In the book, Harry wins because he understands the situation (the Elder Wand belongs to him) and because he sacrificed his life in the Forest to kill the scarcrux… not because he’s more powerful or more skilled than his antagonist. As a consequence of Harry’s sacrifice, Voldemort really can be killed. All it takes is for Harry to cast a disarming charm at the same moment that Voldemort casts a killing curse. The Elder Wand will do the rest.

Now, none of this is to downplay the significance of what Harry has done. In going into the Forest, he becomes a truly great man, a sacrificial figure, a young man willing to lay down his life in order that the Wizarding World might live. That, imo, is of far more significance than wizarding power or skill.

But the film plays up power and skill – matters in which Harry cannot begin to match Voldemort – and downplays the sacrificial significance of Harry’s walk into the Forest. Though I understand some of these choices from a cinematic standpoint, this is one matter in which I think the film does the book a disservice.

Well, my potion has finished brewing, and I was supposed to get House points, but the system logged me out, and I didn’t get the points.

(Funny how I never fail to lose points when I melt a cauldron but never seem to gain points when I successfully complete a potion. Argggggg. There’s Beta for you!)

Anyway, I’ve finally said everything I have to say about DH2. So next stop for those waiting is to start in on the Random Re-read. First chapter up is the first chapter in PoA: “Owl Post.” Should be fun!

It was a silver-white doe, moon-bright and dazzling, picking her way over the ground, still silent, and leaving no footprints in the fine powdering of snow.

Instinct, overwhelming instinct, told him that this was not Dark Magic.

Most of the early posts on this blog come from a re-read of Harry Potter and the Philosopher's Stone. In October 2011, when Pottermore opened, the blog focused largely on the Pottermore experience. Later, the site lay dormant for a couple of years, and during that time, Pottermore pretty much died as a user experience (though it remains a good source of information and JKR-Exclusive content). Now, this site is back for the Fantastic Beasts project. Between movies, we will be doing a complete re-read of the Harry Potter series, with a focus on themes related to where I suspect Fantastic Beasts is headed (such as who seizes power and who wields but does not seek it). So yes, we are back! Expecto Patronum!

Currently Reading:
Harry Potter and the Chamber of Secrets:
Chapter 1 ("The Worst Birthday")

According to the CoS Sorting Hat, I'm a Gryffindor.

According to this more elaborate measure, I'm a Ravenclaw.

But according to J.K. Rowling, and the Sorting Hat on Pottermore, my TRUE House is Slytherin